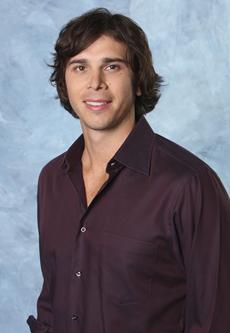 Background: He has one sister and a Jack Russell Terrier (named Scotch).  Ben F.’s father passed away four years ago causing Ben to become ’emotionally closed off’.  In The Bachelor/ette world he has been labeled as a skeptic of The Bachelorette process.  However, according to him The Bachelorette process (including being publicly dumped by Ashley) has helped him open up.  Hmmm… we’ll see if the pain and heartbreak brought on by The Bachelorette has opened the way for new love.

In case you missed it, Ben F. was the runner-up on this last season of The Bachelorette with Ashley Hebert. At The Bachelorette’s season finale, Ben got down on one knee to propose and was subsequently rejected. Ouch. 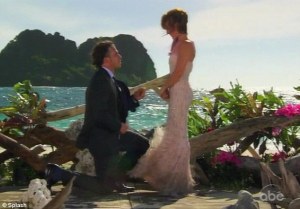 Watch it all go down and relive that awkward moment here!

How can someone so in love that he was ready to propose be ready to date and find someone again so soon? That is an excellent question.  Well, we’ll see on January 2nd how and if this tall, quirky, winemaker finds love.

So far it seems Bachelor fans are content with ABC’s choice of Ben F. as this season’s lucky bachelor. On ABC’s poll when asked if they were excited about Ben as the Bachelor, 57% of respondents were ‘excited for next season,’ 19% were ‘warming up to him‘ and 24% would ‘know once they saw the Bachelorettes.’ However, I don’t think ABC gave respondents the proper opportunity to voice any negative feelings about the new bachelor…duh, that would just be bad PR. So instead my Bachelor Fans (BFs) tell me here what you really think about Ben…