I vowed to myself that I would never dedicate time and space on this blog for The Bachelor Pad because it was just too trashy even for me. But who am I kidding? I was watching every week. Here’s a quick wrap-up of Season 3 of The Bachelor Pad, so you can be in-the-know when your coworkers at the water cooler refer to that most shocking season and season finale (pronounced fin-ALL-ee if you’re Chris Harrison) of The Bachelor Pad yet!

Fans vs Favorites was the theme of this season. Bachelor Fans competed against and with Bachelor contestants of seasons past. Believe it or not there are some crazier fans than me out there. I kid you not. Starstruck. One of them was so amazed by the show he cried in the limo on the way out, thankful for his experience and in awe that he was riding in the limo he sees every Monday night (like the dedicated fan he is). I hated to burst his bubble that it probably wasn’t the very same limo, but I bit my tongue as I let him have his ride to join the ranks of Bachelor/ette rejects.

Trend: There’s a pattern when the contestants talk about the possibility of going home. Responses:

The Twins: Want to know where you recognize them from? Jersey Shore. Yep, these two slipped past ABC casting and were able to successfully star on two of the most terrible trash television shows. Congratulations!

1. I think I would have gone insane had I had to live in that house with them. The episode before they left they had an epic argument that sounded like racoons dying. Talking in that decibel and for that length of time should be outlawed.

2. It’s hilarious that they had to play as one contestant.

Chris: Didn’t think it was possible, but he outplayed Kalon for title of this season’s villain. He switched partners 3 times (Blakeley to Jamie to Sarah) and compared it to trading in a car for a newer model. Did we revert back to the 50’s? WTF Chris. And then the season finale he was like poor me my parents bash me constantly for my behavior on The Bachelor Pad. Nu-uh, no pity parties here. How old are we? Oh, sorry I know how sensitive you are about the whole age thing (throwback to Emily’s season with him and Doug having a throw down about it). 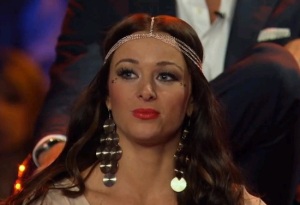 Jamie: I’m not even going to comment on her choice of outfit for the finale – just going to leave this picture here for you. Ok, one comment. When did face stickers come back into style? Correction, when were they ever IN style? Jamie, you’re a mess – and not a hot mess. More like a drunken, haphazard Pocahontas-Cleopatra trying to find her way back home. In the limo ride on her way out she said, “You can really trust no one.” You can really not form a grammatically correct sentence. I understand you’re distraught but please don’t take the English language down with you. 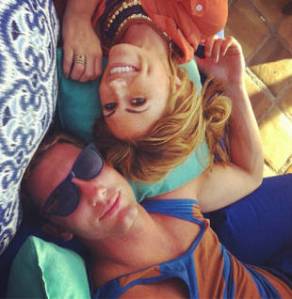 Kalon and Lindzi: They’re still dating and filling the social media sphere with adorable photos. Kalon surprisingly grew on me. He had some laugh-worthy comments. And when they were sent home and climbing in to separate limos, Kalon closed the door to his limo and hopped into Lindzi’s. Good move because they’re still together.

Erica Rose: I must admit I tuned in just to listen to her soundbites. And I love that her face seems frozen, never allowing any emotion to show. 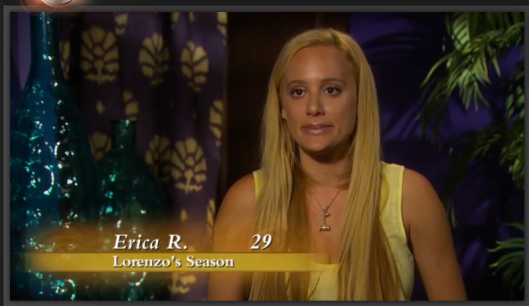 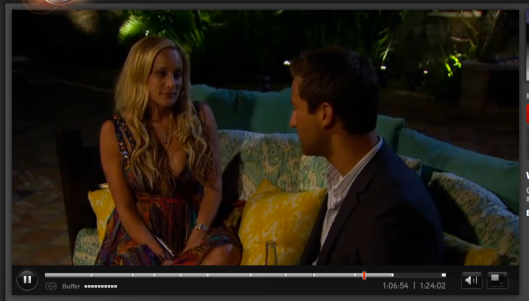 Can someone take a look at these pictures and tell me I’m not the only one that had to do a double take? I was almost positive she was wearing a penis necklace. Turns out it’s actually a replica of the gavel she uses when she drops people’s pictures into the voting box.

Twist: America’s sweetheart Michael Stagliano gets taken down by Erica Rose’s gavel. She finds out he was trying to get her kicked off. Vindictively she chooses Michael and makes some annoying speech about how Holly’s best decision was leaving him. Painful.

The Concert: Oh, the concert. An entire episode of unnecessary footage of the contestants prepping to butcher Sister Christian by Night Ranger. Followed by suffering through watching them actually perform. And by perform I mean dry hump and strip on stage. Unless of course you’re Sarah. Then you just jump around the stage like you’re being electrocuted. I guess she misread the memo. We said hump, not jump. Silly girl.

How the finale works: The kicked-off contestants become a panel of judges that vote for the couple they think should win the money – or basically whichever couple they hate the least. The two final couples plead to their previous co-contestants why they should forget all of that backstabbing and award them $250,000 they all came close to winning, but missed out on. It’s fantastic. Claws come out. Old fights are rekindled. Truly magical.

Rachel predictably chose Share. Then Nick got up on his little soap box about how she never wanted to be his partner, and beaming with a school boy pride revealed his choice to Keep the money – all $250,000. He was rewarded with a standing ovation from the studio audience. While I don’t think Nick deserved to win (I mean “deserve” is such a subjective term. There’s no right way to play the game. No one that goes on that show “deserves” to win), but Nick did NOTHING the entire show. He called it playing the game. So by not playing the game you’re actually playing it? Oh, I see. I must have been confused before. I do think Rachel was dumb not to think he wouldn’t choose Keep. He was never friends/close with her.

Rachel the Widow: After Michael left, she was a hot mess and wanted to leave. Jaclyn convinced her to stay so she could keep the alliance alive and well. Look how that worked out.

Backstabbing: Rachel partnered with Nick by default won the concert challenge thereby making it into the finale. Then she and Nick had to choose which couple they wanted to compete against in the finale – Chris and Sarah or Ed and Jaclyn. Easy-peasy choice right? Wrong. Nick convinced her to go with Sarah and Chris, a guaranteed win. Cue tumultuous breakdown, mascara-running, tear-filled departure. So many tears. (Fast forward to the finale: Despite her bitterness, Jaclyn still voted for Rachel and Nick to get the money.)

Michael Stagliano and Rachel Update: He’s dating someone in Chicago now. Rachel tried to stay in contact with him after the show, but turns out he wasn’t as in to her as he made it out to be. So she ended up sans love and money. Sad times. 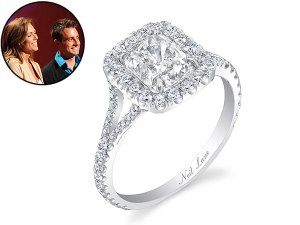 Tony and Blakeley Engaged: I did not see this coming. Must have been that romantic overnight in the trailer. In any case, Tony and Blakeley announced they were going to move in together. Then Tony got down on one knee, whipped out a Neil Lane diamond the size of my fist, and proposed. Of course she accepted and the Bachelor franchise can chalk up another one for love.

Next Bachelor: SPOILER ALERT Reality Steve confirmed they were filming in Sean Lowe’s hometown. What is the general consensus though? Who do you want to see as the next Bachelor, Bachelor Fans? Can’t believe we’ll have to wait until January for more Bachelor time. Whatever shall I do with my Monday nights?