The group flew across the country to Seoul, South Korea. As Juan Pablo pointed out, this was the first rose ceremony abroad, where if you didn’t receive a rose, “people will have to fly back home 12 hours feeling rejected and that’s not fun.” No, Juan Pablo. No, it’s not.

Who got kicked off: Also known as the ladies who got a 12 hour flight home. Lauren the music composer and Elise the first grade teacher are out. 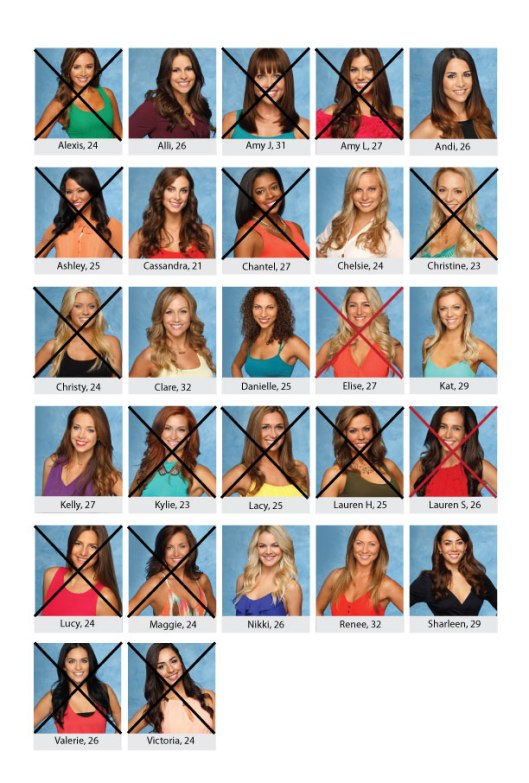 This is Clare’s response to the news they’re flying to Korea:

1. Nope, that’s Japan. 2. I don’t think that’s a requirement in order to enter the country. At least, last time I checked that was the case, and 3. You’re killing me (and Carmen Sandiego who I know, back in the day, taught you Kimonos are traditional Japense garb.)

Juan Pablo: “I love dancing. And girls that know how to dance are the best way to win Juan Pablo’s heart.”

Kat used to be a dancer, so naturally was in her element. She was going a little over the top. Nikki, on the other hand, looked like she wanted to die.

Quote of the Night:

Nikki: “This is my worst nightmare…and I kinda wanna crap my pants. I hope we’re performing for the Korean School of the Blind.” Well played, Nikki. 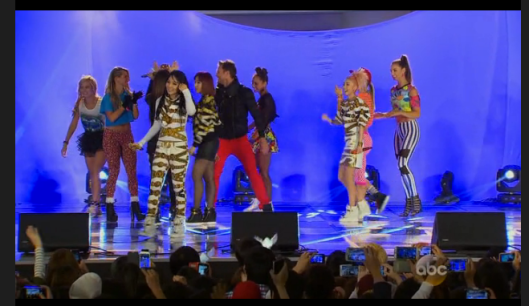 After the performance, the group went out to celebrate with some cocktails (what else?). During some one-on-one time, Kat opened up about her family life, about how her parents split when she was young and her Dad was an alcoholic. She shared feelings. Lots and lots of feelings.

Nurse Nikki, or negative Nikki, as her roommates have dubbed her, got the rose and a nice little kiss from Juan Pablo.

Elise broke the cardinal rule on her one-on-one time with Juan Pablo. Have you learned nothing from previous seasons?! Don’t talk about other girls during your time with him. That is a sure-fire ticket home.

They explored the city of Seoul, got traditional dresses for Camilla and Sharleen, and went to a tea house, where they got to talk a little bit more. Sharleen called him “cheeky” and “NOT blande.” At dinner, they bonded over their travels, and Sharleen found they had a lot more in common than she had originally anticipated. (And Bastille kept playing in my head – The walls kept tumbling down in the city that we looooove…)

Sharleen is growing on me. She does not have a lot of facial expressions, and she’s super composed all of the time. But there’s a little humor behind that poise. And she’s very well-spoken.

Later in the date, Juan Pablo brought her to a place with sufficient acoustics so she could sing. She said she doesn’t normally sing so early on for dudes she dates. (Sidenote: I love the lacy, black dress she wore on the date. I’ll find a link on Possessionista’s page for y’all. I mean mostly for myself, but you too.) As expected, her voice is gorgeous. She made him close his eyes, and after she sang a few bars, they shared a romantic kiss.

Group Date: The remaining ladies got a full day of Korea (do all of the things!), starting with a little karaoke, followed by wandering the streets of Seoul, and, what do you know, they found a photobooth.

After that they went…I don’t know what these things are, but I want one. Swan peddle boats? Yes, please. 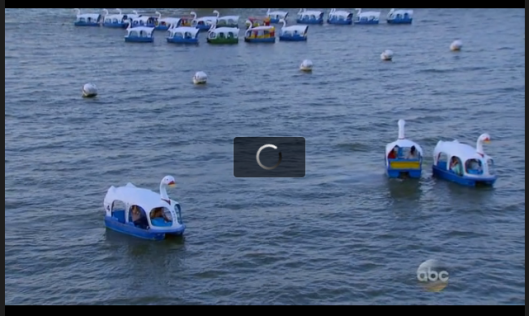 Next on the list, was getting the dead skin of their feet eaten off by tiny little fish. Yup. Exactly what it sounds like.

After that on their tour, the gang tries a bunch of different food at an outdoor market. Clare tells him she doesn’t want to eat octopus. Juan Pablo is so cute. He was like “Oh you don’t want to eat octupus? That is gonna be the first thing I give you. you just made the worst mistake of your life.” He’s a jokester that one.

Second Quote of the Night:

Kelly the dog lover on Clare’s overreaction to having to eat octopus: “Clare is so dramatic. Her piece was literally this big (mimes with fingers), and I know you’ve swallowed bigger things than that.”

On the group date, Juan Pablo vows to the cameras that he wants to set a good example for his daughter, and that because he’s already kissed 6 girls, he’s going to lay off the lip-locking. Exceeeept if he’s talking to Clare.

Juan Pablo: “I know I said I wasn’t gonna kiss anyone, but she is sexy.” As Jimmy Fallon said, that’s a good lesson for his daughter: Don’t kiss anyone unless you’re sexy. Then it’s OK.

Lauren went in for the kiss and he rejected her. Sobbing ensued.

Andi got the rose on the group date. Clare looked pisssssed.

Next on the world-wide tour, the troop is headed to Vietnam.

PSA: If you watch one thing, watch Juan Pablo’s lip syncing of 21’s hit song at the end of the episode bonus footage. It will make you fall in love with him (even more if you already do).