Born: He grew up in Warsaw, Indiana, but now lives in Denver, Colorado.

Twitter Handle: So you can propose to him. @BenHiggi

Instagram: So you can continue proposing to him. Y’know hit him from all sides. @higgins.ben

You know him from: Kaitlyn’s season of The Bachelorette when he told her he was concerned he was “unloveable.” Well, that line right there single-handedly stole every woman in America’s heart and when Kaitlyn let him go as the final 3, the ladies, drooling, were lining up.

Fun Facts: He goes to church on Sundays. And according to PEOPLE.com listens to country music and one of my favorite bands (NEEDTOBREATHE, which basically means we are meant for each other in Bachelor terms. Also, you should definitely check that band out. They are great.)

This photo of him at my alma mater UCLA also proves we are meant to be together. (Go Bruins!) Stolen from his Instagram account, which I was sifting through for your benefit, America. 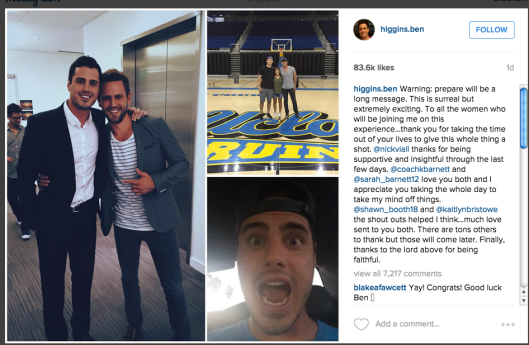 After the announcement was made on After Paradise, when asked if he was ready to appear in an entire season shirtless, he so adorably and honestly responded a little taken aback, “No!” You have nothing to worry about, Ben. H. I’m pretty sure you could say anything ridiculous and all of America would swoon.

Season 20 of The Bachelor premiers in January so start prepping those wine glasses now and Bachelor preview parties now!

Until then I leave you with this adorable photo courtesy of Women’s Health Magazine’s Twitter. Steel your ovaries. 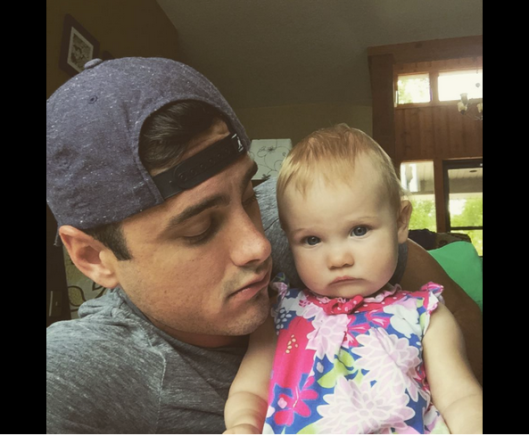 3 thoughts on “The Next Bachelor: Get to Know Ben H.”