Another proposal makes Bachelor in Paradise 2 for 2! Two seasons, two engagements. I call that a success.

Which couples survived Paradise and Which Were Sent Home: Jade and Tanner got engaged! Tenley said good-bye to Joshua. Samantha and Nick along with Justin and Cassandra also left the island together (but their romance didn’t last long). 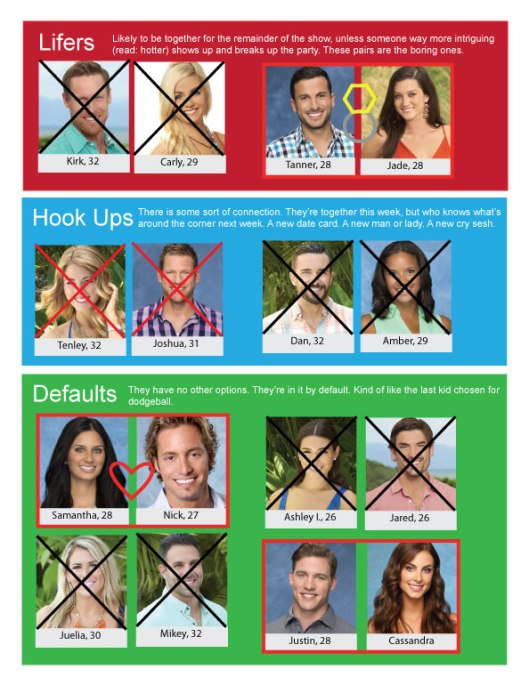 Tenley said good-bye to Joshua despite how much she cared for him. She cited the distance as a determining factor. Could it also be Joshua’s other love affair with Molly? The drug not the person. Just so we’re all on the same page, at the same party.

(Rumor has it Tenley is joining this next season of The Bachelor with Ben Higgins. The source in the article later says that it’s highly unlikely she will join yet another season of the Bachelor, but we shall see.) 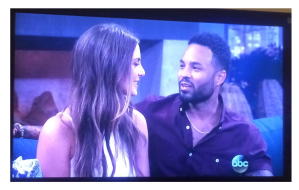 That’s right Jonathan not Justin! While Cassandra left with Justin after a very long engagement of one date and maybe a full day getting to know Justin, they tried to take their relationship into the real world. Turns out you need longer than a day on the island to make that relationship last. All is well though, because the most adorable couple formed on their own. Cassandra met other single dad Jonathan at a commercial shoot and it was love at first sight. Jonathan could not stop staring intently at Cassandra at After Paradise when they announced their relationship and described how they met. Even Chris Harrison made a very accurate comment that it looked like Jonathan was about to eat Cassandra alive or ravish her right there on After Paradise. They are absolutely adorable and might be my new favorite couple.

Tanner and Jade, the undercover lovers, surprised Bachelor nation with a proposal and went even further to say on After Paradise that they didn’t want a long engagement. Could there a be another Bachelor wedding in our future very, very soon, Bachelor fans?! I for one hope so.

Has Bachelor found the secret formula for making successful Bachelor relationships? Trap Bachelor/ette rejects on an island and force them to fall in love, stripping them of all contact with the outside world (sans the tempting other Bachelor/ette rejects that join the party every week) and providing an unending supply of booze. Sounds like a delicious recipe for love. Island + Booze – Outside World + Spice (new couples entering the island) = great reality television and proposals!

We didn’t find out if they were still together after leaving paradise, but I did some digging for us and found a little something something.

Obviously their relationship is founded on a solid foundation of Samantha batting her eyes and Nick fawning over her beauty. Amber James, fellow bachelor/ette/paradise reject confirmed via Twitter that the two were still happily in love.

It was so awkward. They had both Carly and Kirk sit on the same couch. Carly looked visibly uncomfortable and awkward. She made a plea to Bachelor nation and all guys in general in the world to stop doing “this” to other women. By “this” she meant leading ladies on to believe the men are equally into the relationship as the girl is without giving any warning signs that that might not be the case.

Do you think Bachelor in Paradise is the new formula for Bachelor success?

Get excited for The Bachelor premiering in January with our beautiful leading man, Ben H!