Unicorns, hammered, and Aaron rodgers’ brother. It must be The Bachelorette.

I hope you’re watching tonight’s episode instead of reading this blog, but in case you need a refresher or a reference point or something to go with that second glass of rose, have this recap. 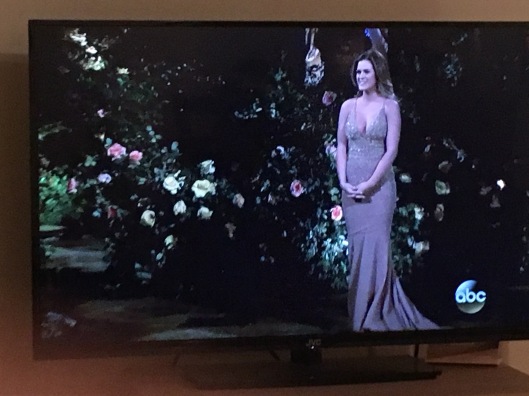 Who got kicked off: JoJo said peace out to Coley, Jake, Jonathan (our kilt-wearing, half Asian, half Scottish friend who informed us everything below the kilt was Scottish. Uncomfortable. Now look where you are Jonathan. Let’s keep it classy. This is The Bachelorette after all.) Nick S., Peter, and Sal. (More hometown info to be added to the board to follow.) 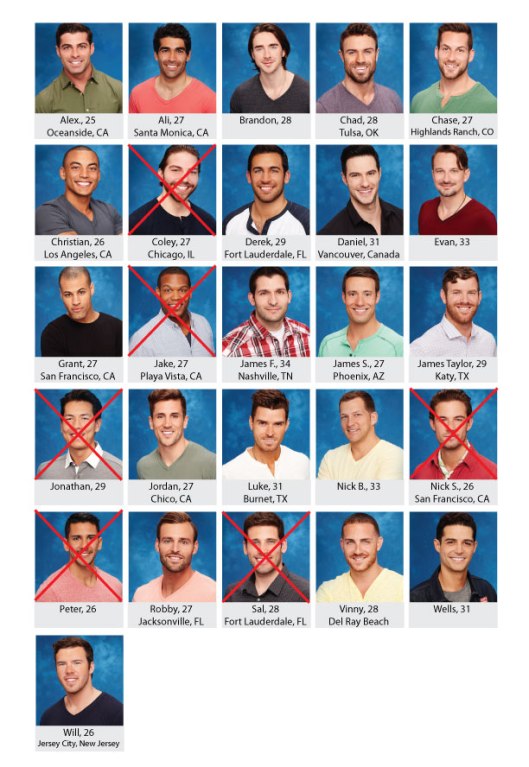 Bring Back All the Ladies:

In completely unnecessary fashion, Bachelor brought back all of the previous bachelorettes to give JoJo advice. Kaitlyn was there, Allie was there, Des was there. First of all, Kaitlyn has yet to get married to her pick. Allie didn’t even end up with her pick. And Des had her heart completely crushed by her first pick before she found Chris. So that’s a great crew. Take all of their advice JoJo. They all told her to hold off on the one she has an instant connection with and likes the most to give the other guys’ a chance. Which leads us to… 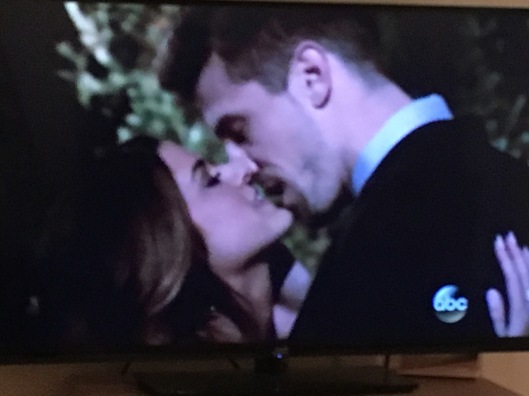 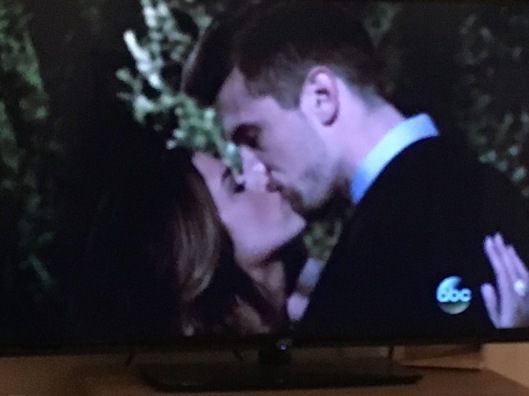 First impression rose and first kiss went to Jordan aka Aaron Rodgers’ brother. They first started talking earlier in the night and had an instant connection. After their talk Jordan was kicking himself for not going in for the kiss. So he went back and went for it. Everybody swooned.

Best introduction: Wells brought the acapella group from our childhood – All-4-One. Crooning “…like the moon and the stars I’ll be there,” All-4-One serenaded JoJo as Wells emerged from the limo. The best part is they stuck around and when JoJo had some one-on-one time during the cocktail party, they hung out directly behind them and kept singing. It was great. I want All-4-One to follow me around wherever I go and serenade me. What a great day.

Dayum Daniel: Damn Daniel introduced himself to JoJo when he got out of the limo as Damn Daniel, referencing a meme of a high school kid who would record his friend and pretty much just say that over and over again. Super awkward because JoJo had not seen that meme and had no idea what he was talking about. Then it got even more awkward because Dayum Daniel got super shwasted and took off all of his clothes. He stuck around for another episode. (Cough – producers’ pick – cough). We have to have some action after all.

Luke: Luke rode in on a white horse (named coconut no less) with a unicorn horn attached to its head. Luke was referencing the fact JoJo was looking for her unicorn – her one true love. He’s also a war vet and from JoJo’s hometown of Texas. So there’s that. 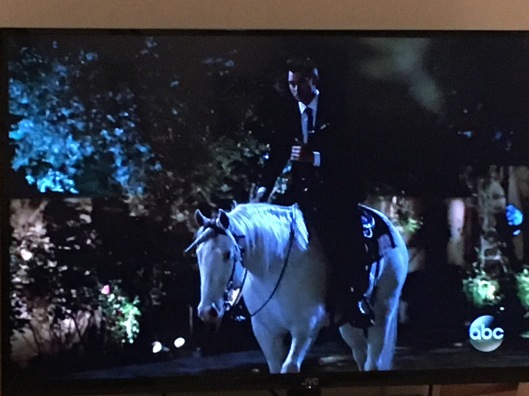 Alex the marine twin is about 4 feet tall.

Derek is a Jim from The Office. 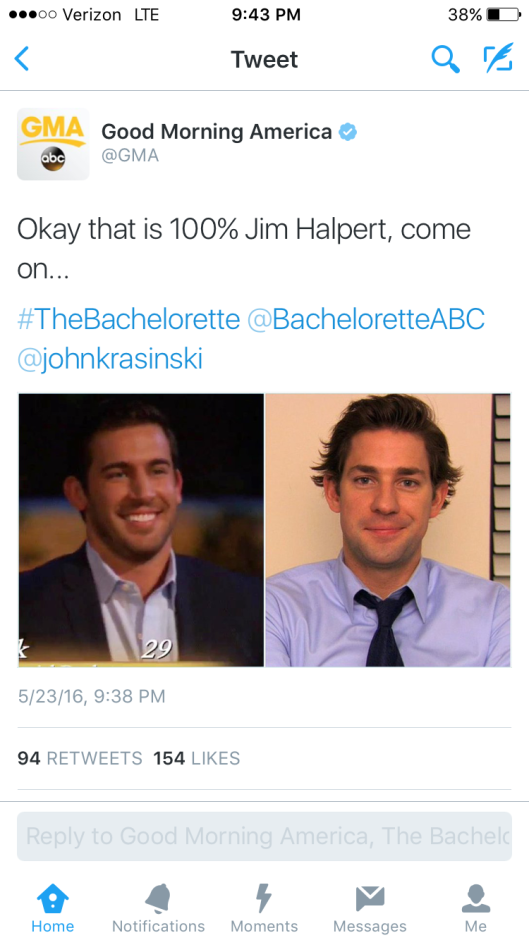 “I mustache you a question, but I think I’m gonna shave it for later.” Super lame. Super cute. JoJo was intrigued.

JoJo: “I love all the guys that took risks tonight.”

That’s a lie, JoJo. You did not enjoy Dayum Daniel. The producers made you keep him. It’s okay, you can tell us.

Guide to keeping the James’ straight

James S. – James S. is the super fan. I found him pretty entertaining. I think America found him completely annoying. He had one bit at the end where he faked being super nervous to meet Chris Harrison. Yeah, America’s probably right.

James F. – He owns a boxing gym or something along those lines and brought mitts for him and JoJo to spar a bit.

James Taylor – James Taylor popped out of the limo playing his guitar and singing a cheesy song he wrote for JoJo.

Cocktail attire required. That was the theme for the cocktail party. Everybody please get hammered. The Canadian was taking off his clothes. Two other fellows were interrupting JoJo’s interview recaps with the producers. And by the end of the show you could tell how many takes they had to do just to get the rose ceremony right, because it was daylight DAYLIGHT when the Bachelor rejects walked home.

Jake Pavelka: Apparently Jake Pavelka is a family friend of JoJo’s. Because he came back on the show during the rose ceremony and everyone was like WTF. And isn’t he too old for her? And who invited him back? And really, JoJo? I stand with whats her bucket on the podcast on this one. I don’t ever need to see Jake Pavelka again. There’s a reason I don’t blog about him and Vienna. The worst. Turns out ABC was trying to fool us, and he just came back to wish her luck. I’m getting tired of these fake buildups, ABC.

I like JoJo. I think she’s going to make for an entertaining season yet! Bring on the small budget dates and trips just in the US. The Bachelorette is back TONIGHT!

Who is your top choice? Because really I feeeel like JoJo only has eyes for these top two and I can’t pick just one for my bracket. Prove me wrong, though.

PS UnREAL is coming back for a second season. If you don’t know what show that is, it’s a dark comedy about the production of The Bachelor. It’s super dark. More deets to come. Also, Andi wrote a tell all book. Has anyone read it yet? I need to know.