Walking in Heels All Over Paris, Arie Was Almost a baby daddY, And A two-on-One with Kendall’s Emotional Intelligence Off the Charts

Paris, France! The ladies were whisked off to the city of love to fall head over heels with Arie. Lauren got the first one-on-one and was pretty silent the entire date, but her silence led to the greatest knowledge of all – that Arie almost had a baby in his relationship with the mom he keeps talking about. Jacqueline got a one-on-one and let it drop that she wants to do a PhD somewhere, a casual 6 years. Arie bought her a dress and heels to walk around Paris in. The group daters watched madly on as Bekah got to star in Moulin Rouge with Arie and got a rose. Kendall and Krystal went on the two-on-one date, and Kendall came out on top of a battle of emotions and kissed Arie passionately on top of the Eiffel Tower.

Who got kicked off: Krystal was sent home on the first two-on-one date of the season. Single mom Chelsea and whacky, lovable Jenna were sent home at the rose ceremony this week. 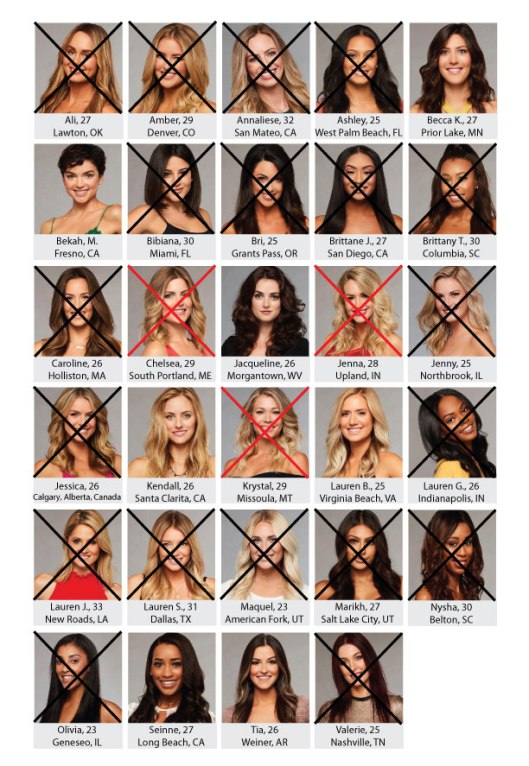 Best Quote of the Night: Goes to Jenna! While she may be gone, she is forever in our hearts as she described her feelings with grand gestures and non sequiturs. “Anger, hurt. Your heart gets completely ripped out. That’s how I feel.” (It’s a lot sadder when you blog it, but to see how she describes it, you just know that one’s gonna be ok. Still waiting on those requests for interpretations from Jenna’s mind.)

One more week to whittle it down until hometowns! The best parts of the season. Previews show tears upon tears.

Winter Games are next week! Not the Olympics. Those are this week, but dare I say maybe a step above. Only one thing is for certain, we’ll find out, February 13th!