A Bachelor Bus filled with superfans, a Bridal Shower, a Bachelorette reunion party and a sneak peek at Hannah B’s hometown. The Bachelorette Reunion episode brought back almost all of the Bachelorettes from the 14 Seasons of the show. 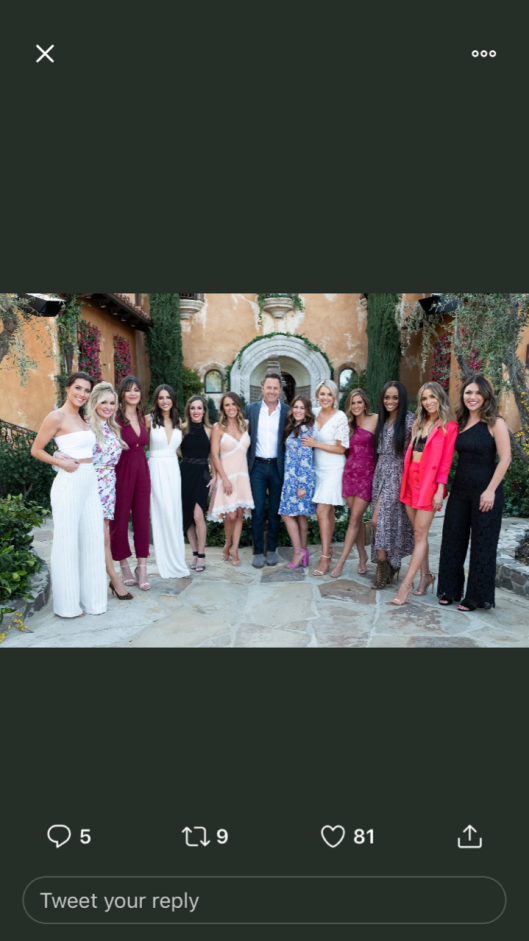 The reunion episode showcased a lot of the villains from seasons past and where they are now juxtaposed with how the most successful Bachelorettes are doing. All the villains of the show are doing not-so-great and all of the ladies have found happiness, babies, and love and that they dated each others’ men. So many layers to unpack. But the key takeaway is love wins.

Went around Los Angeles and stopped at various spots where previous Bachelors and Bachelorettes have had dates. Nick Vial was on one of the spots and did a spoof with one-on-one dates with all of the bus-goers. Two grandmas asked him if grandmas were on his list, and Nick responded in the only way that Nick could, “I mean, it’s not not on my list.” Ay, yi, yi. He gave a rose to the only single girl on the bus. The last stop was The Bachelor mansion and all of the people on the bus got to hang out with all of the previous Bachelorettes. The only Bachelorettes not present were Seasons 2 and 3, Meredith Phillips and and Jen Schefft. 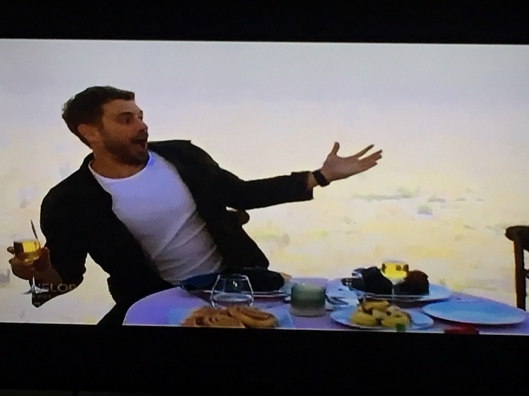 Ali Fedotowsky said she felt like she’s a mom of all of the Bachelorettes from the sideline. No, no. Just because you have kids no does not automatically make you mom of the world and the incoming Bachelorettes. Slow your roll. Fun Fact: Ali had a one-time fun-time with Frank from her season after she broke up with Roberto.

Emily Maynard was winner of most children had. Emily Maynard Johnson married Tyler, a hometown friend. Rickey (named for her first husband, a racecar driver who passed away racing) is now 13 years old, followed by a 3, 2, and 1 year old. Emily and Tyler met at church and live in Charlotte, NC.

Best Clip of the Night: ABC brought back the best clip of the night, starring credits go to Emily Maynard when she told Kalon to get the heck outta dodge after he called her baby girl Rickey “baggage.” Emily: “I want to go West Virginia hood rat backwoods on his ass.” You go girl.

The Villains: Kalon from Emily Maynard’s season is just fine golfing and working and has a nice house to himself. He has not found love. Rated “R” from Ali Fedotowsky’s season who had a girlfriend back home during the show is now a bartender and occasionally gets recognized for his brief fame on the show…occasionally. He no longer wrestles professionally. Wes from Jillian’s season who also had a girlfriend back home is making music for fun now and working at a construction business. He is no longer pursuing a professional music career.

The Coolest Story: David Good from I don’t remember which season, just that he was jacked up on testosterone and adrenaline has turned from his ways and doesn’t drink anymore. He’s married to a lovely wife and is training for an Ironman. Good for you, David. 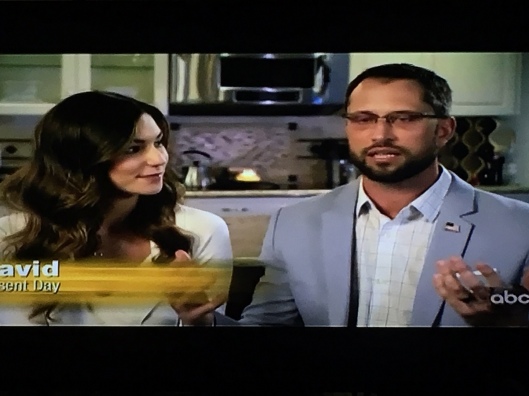 David turning his life around.

Dating Each Others’ Misters

The oddly uncomfortable part of the reunion was that many of these ladies had dated the same guy from all different seasons. Arie dated Emily and Becca. Ali and Jillian dated Jake. “We all dated Nick,” Kaitlyn gave the recap.

Kaitlyn Bristowe met Jason from Becca’s season on Kaitlyn’s podcast Off the Vine. Kaitlyn was dating Shawn Booth whom she picked on her season of The Bachelorette. They have since parted ways and she is now hanging out with Jason. Kaitlyn also asked Becca if it was alright if she dated Jason, knowing Jason was on Becca’s season. Classy lady.

Rachel got some screentime for her bridal shower as it looks like ABC will not be paying for their on-air wedding. Rachel and Brian are getting married in the Caribbean in August. Fun Fact: Ashley I. and Jared have their wedding date set for August as well. Rachel shared that she and Brian have nicknames for each other: Jerome and Linda. Ummm, I’m like pretty positive those are name-names not nicknames. Is this a nickname reference I am missing? Bueller?

Our main man Neil Lane finally got some airtime as Rachel and Brian picked out their wedding bands.

The Bachelorette Hannah B. in Tuscaloosa, AL

Hannah B. took Chris Harrison around her hometown. She still seems to be stiff in front of the camera or at least a little uncomfortable, but I’m rooting for her to find her fierce love.

We met a dance instructor of Hannah B.’s from childhood who informed her to “just be real choicey and don’t kiss all of them.” Hannah B. promised to only kiss the good ones. Hannah B. took Chris Harrison to her dad’s barber shop where Chris Harrison got his hair cut. She took him to the spot of her homecoming queen-dom, the diner where she would get food before and after a big game, church, you name it.

Fun Non Sequitur Fact: There is this place called the Ramma Jamma, which if you watch Hart of Dixie on Netflix, it has almost the exact same name. Roll Tide. (Permission to start a drinking game for every time I mention Roll Tide in my posts. Roll Tide.)

Exciting Moment of the Night: Ashley Spivey, the whistleblower, and I became best friends as evidenced by her liking a Tweet I sent with her agreeing on her observations of Emily Maynard’s beauty. I have peaked. 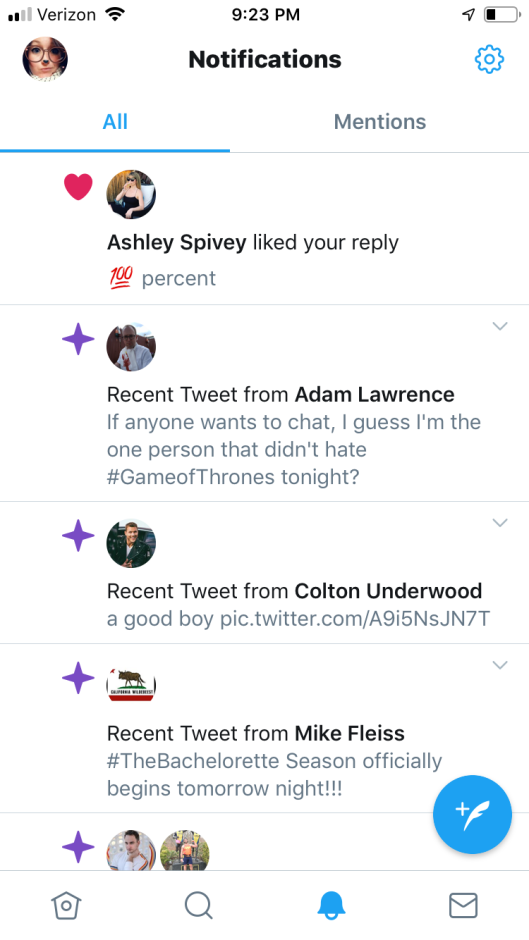 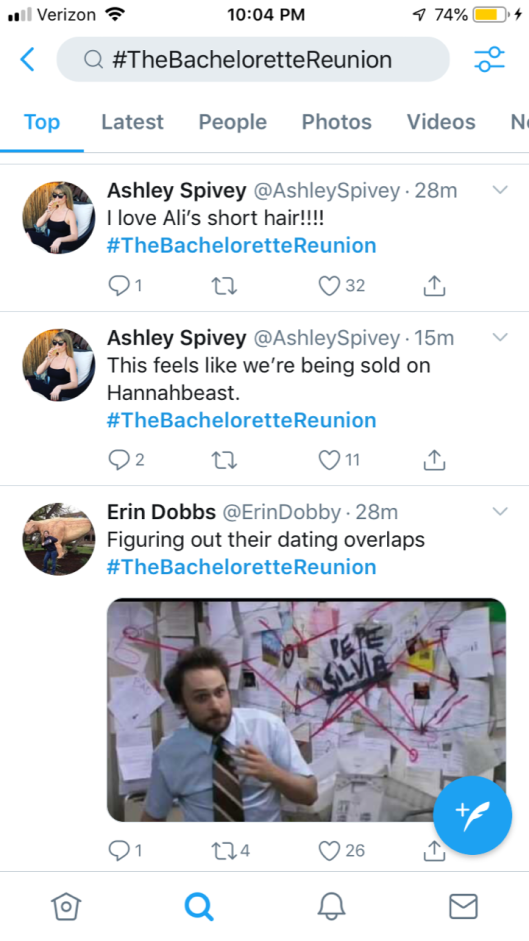 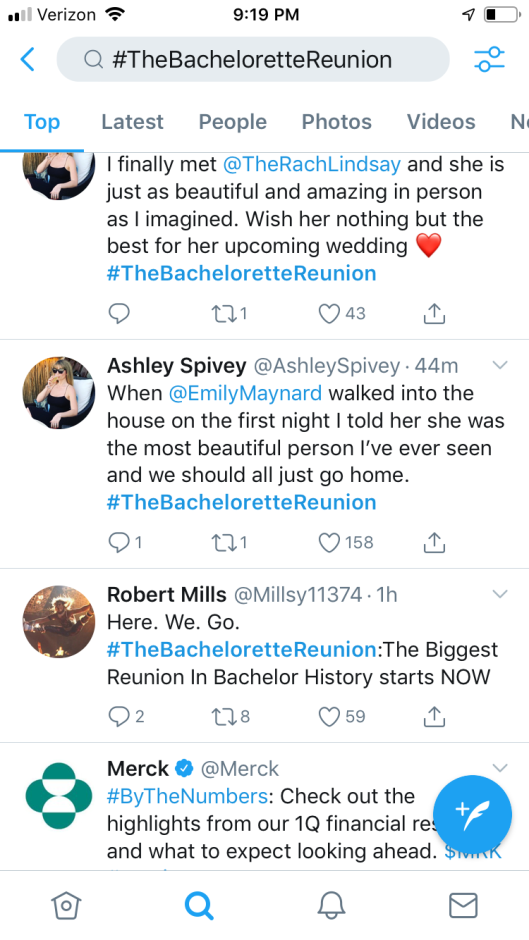 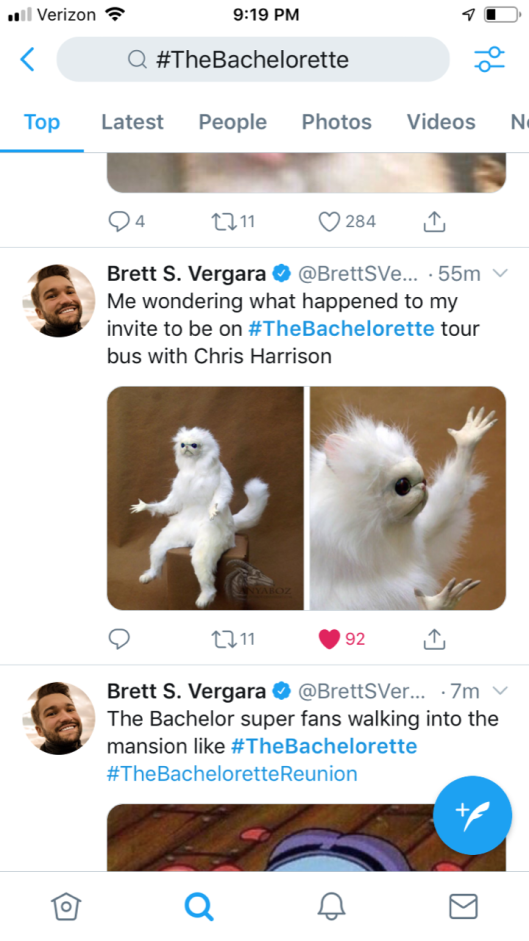 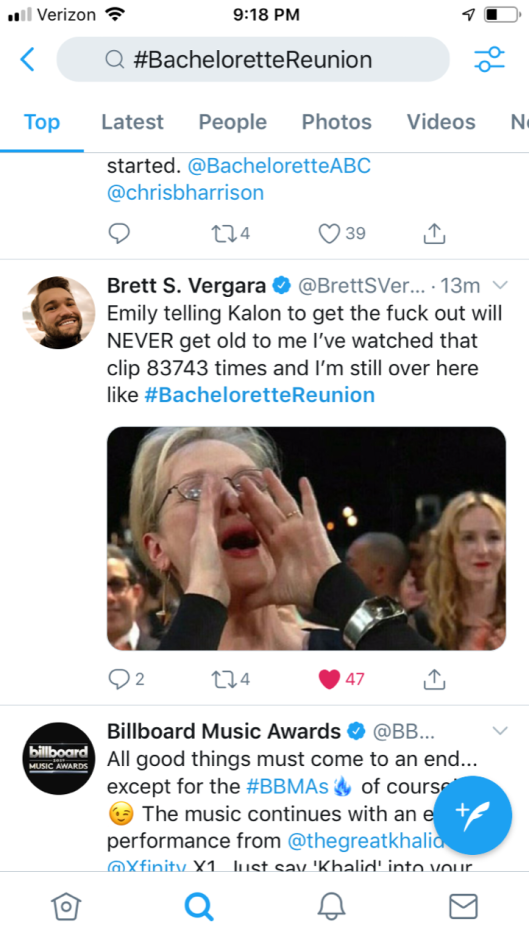 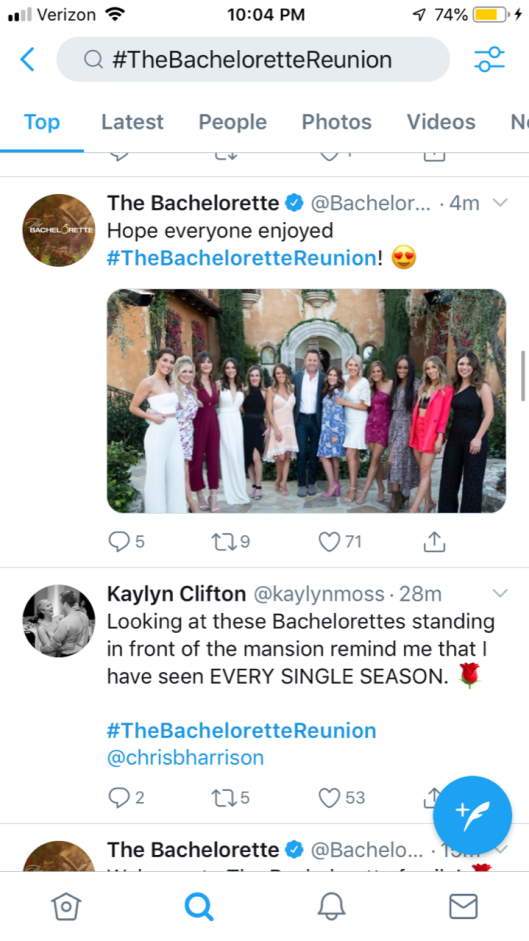 TONIGHT is the PREMIERE of The Bachelorette with Hannah Beast at 8|7c! So pour your rosé and let’s get to handing out those roses.

Bonus Fun Fact: Carly and Evan are pregnant with their second baby to add to their brood of 5 kiddos (3 boys from Evan’s first marriage) and they are adorable. Let’s all remember the moment I tracked them down and basically tackled them for a selfie.

Beer Belly, Bella Belly, BABY BELLY!!! We so SO EXCITED to FINALLY announce Bella’s little brother or sister will be here in November!!! (If you wonder why I haven’t been on social media as much…well, this is why!) For a fun story of how we found out about our new little bundle of joy check out the @mommiestellall podcast that drops today, I’ll give you ALL THE DETAILS! 🥰👶🏼 (can u tell Bella was surprised??? 😂) 📸 @nae.bass_