Roll Tide Count: TBD. A tailgate instead of a cocktail party because that’s what Mama needs. Hannah Calls the Shots. John Paul Jones Remains John Paul Jones. If anyone pulls me away from A cornhole tournament, so help me. Bless Him.

Hannah B. is calling the shots. John Paul Jones has the best reactions and will solve disputes with chicken nuggets. Peter’s mom was a pageant queen, Miss Illinois.

Who got kicked off: Always Be Cam, Joey, Jonathan and Tyler G. went home this week.

The first group date had the guys experiencing simulated labor pains. John Paul Jones had the best facial reaction and Tyler C. (aka Magic Mike, but I now realize that is confusing with other Mike, so I will try to call him Tyler, even though construction-dancer man is a real life Magic Mike) had the best reaction-reaction. “I wanted to call my Mom. Women do run the world.” That’s right. Get in Formation.

Connor got a one-on-one date of just hanging out in bed. Hannah had visited the hospital earlier after fainting. They pumped her with fluids and she was told to rest. So Connor’s date got canceled. He wrote her a cute scavenger hunt of notes he loves about her. Hannah B. found them when she woke up and had him come back for a surprise rose and dance to Lucas Graham singing Love Someone.

This guy got all the screentime.

Driver picking up Connor for his date.

The second group date was a photo shoot with all kinds of animals. Demi came back to set up hidden cameras and spot any man that flirted with someone other than Hannah B. All men passed.

They had a tailgate instead of a cocktail party. Cam stole some time to make a move with some story. Hannah B. was tipped off it was a calculated move and she sent him packing.

Tweets from the Night: 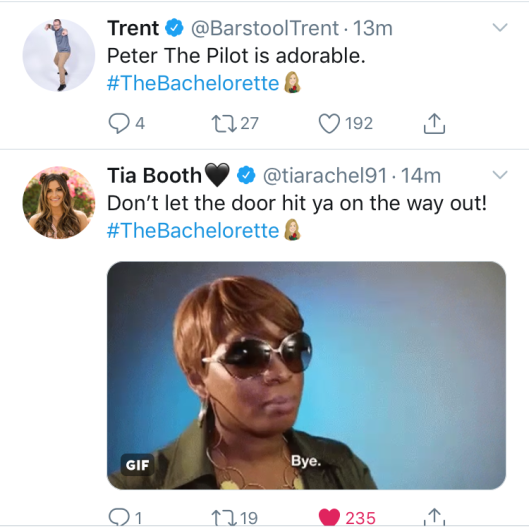 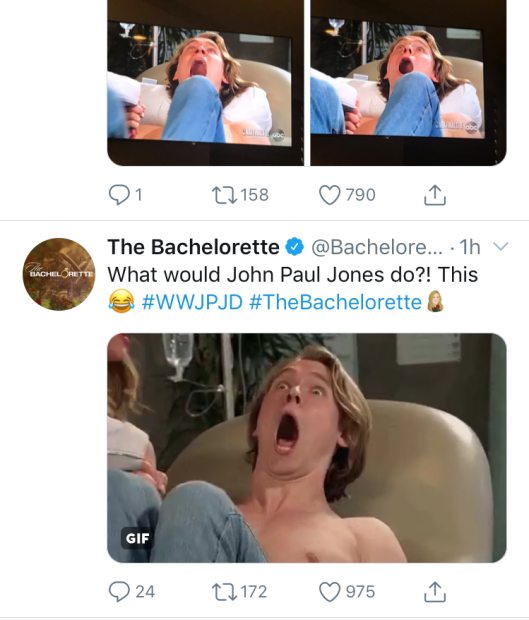 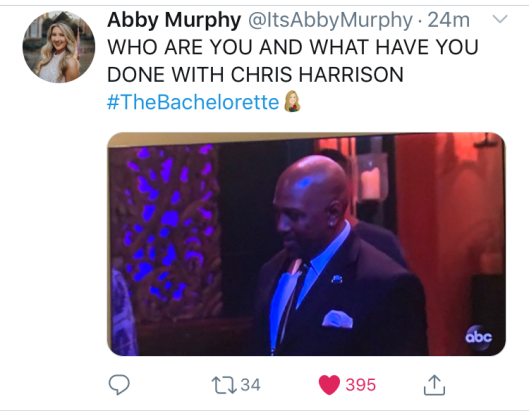