No one got kicked off! All Four Men Are Headed to Fantasy Suite Dates. And Someone Does It with Hannah In The Windmill! Twice.

All four are headed to fantasy suite dates in Greece next week and Jed is pissed. Hannah handed out roses to Peter the Pilot and Tyler C. Then she excused herself and said she was close to love with all four of them and didn’t have enough time to fully explore each of the relationships. Chris Harrison gave her two roses and she got to keep all four for Fantasy Suite dates. Go Hannah.

Who got kicked off: No one! All four are headed to Fantasy Suite dates. Jed was pissed because the final rose was essentially coming down to either him or Luke P. and Jed did not want to be in the same category as Luke P. Fair. But also Jed’s Hometown sucked, so. And he had a girlfriend so double-so. It was funny. All the guys stood together waiting for Hannah B. and Luke P. just stood by himself. 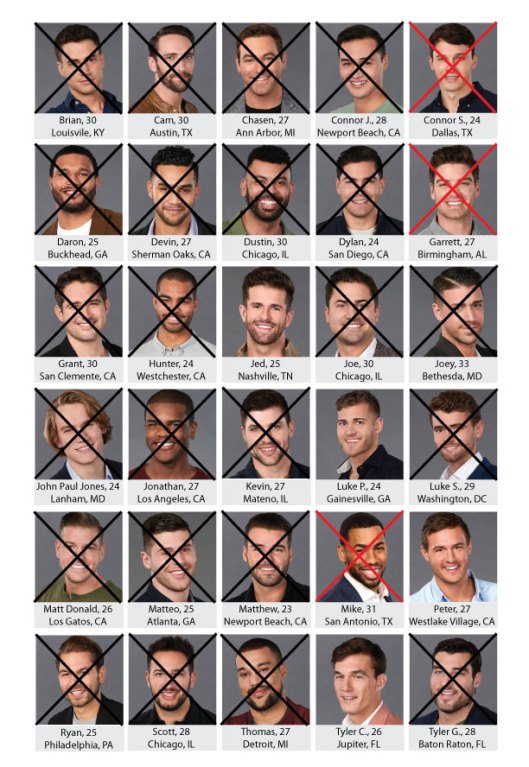 At Hometowns, Peter the Pilot took her flying, of course, and his family was precious as expected.

Tyler C. was equally as adorable and pinned her down in the car as she was leaving. Whoo it got hot in there.

Luke P. took her to meet his church friends and most definitely paid them to say nice things about him because that’s all they could say.

Jed took her singing and they wrote a song together. Jed’s mom and sister and dad were not too happy to have Hannah there. There were really unhappy. Jed’s mom kept passively aggressively talking to Hannah and telling her that Hannah says the same thing about all of the men she has left not just Jed. Hannah could not win. No wonder she left Jed to the end at the rose ceremony. Good thing they didn’t bump into his old gf in the city. Now that would have been uncomfortable.

Anywho, they’re all headed to Fantasy Suite dates in Greece next week! And we might finally see Luke P. go home in the car! AND BONUS we get to find out who Hannah B. does it with in the windmill. TWICE.