The Bachelor is on hiatus with filming and I don’t know about you, but I am desperately missing it. Chris Harrison fills my screen each Monday night with repeats of The Bachelor The Greatest Seasons – Ever and interviews with Bachelor couples, yet my heart yearns for some real time love. The Bachelor and The Bachelorette will return with Matt James as the newest Bachelor. Matt James, friend of Tyler Cameron and who was on Clare Crawley’s season but has now carved his own way (woot!), is the new Bachelor and Clare Crawley is still the Bachelorette. But until we can have those two start filming and looking for love for their respective seasons, we need something to get us through these tough desert-like times.

Labor of Love is filling that void. Every Thursday night at 9|8c on Fox (I discovered this revelation because episodes are available on Hulu, so catch up! You’re welcome!) Kristy Katzmann, 41, is the star, which FUN FACT she actually appeared on Brad Womak’s Season 11 of The Bachelor in 2007. Brad Womak became the first bachelor to pick no one his season – what a winner. Kristy was eliminated Week 5. Mind blown! Plus! The host of Labor of Love is Kristin Davis, who played Charlotte on Sex and the City, and who in the world doesn’t love a Charlotte? 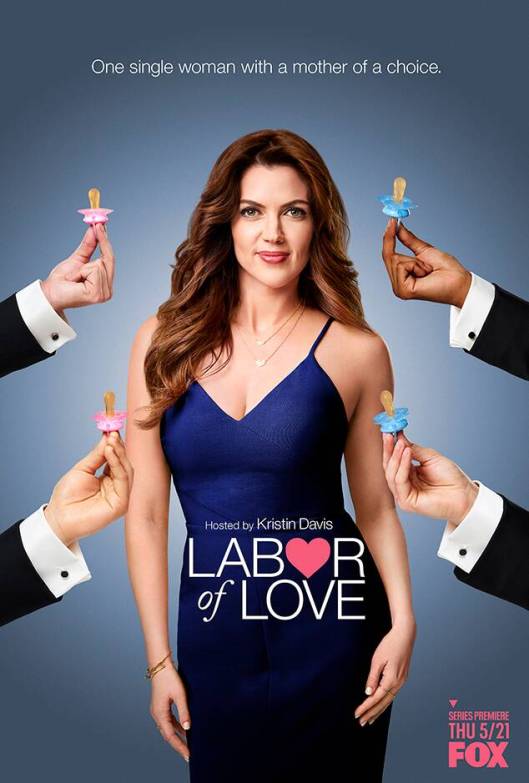 The premise is 15 men vie for the heart of Kristy to become Kristy’s husband and enter straight into fatherhood. Kristy is primarily looking to have children right away and to find who will make the best dad to her future children. The setup has Kristy living next door in a massive house next to the men who are living in an identical massive house across the way. In this way, Kristy is the literal girl next door. The producers also interview the men’s and Kristy’s parents in side footage and it is adorable! 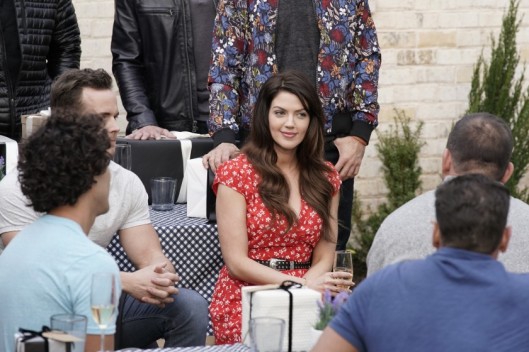 “One thing I was very clear about is, I was looking for a hands-on dad,” Kristy told told Women’s Health Magazine.

Labor of Love has all of the elements we have been waiting for in The Bachelor. The leading lady is a sexy single lady in her 40’s (throwing a JLo vibe and sounds Canadian and is from Illinois) and looking for a guy to have babies with right away. She froze her eggs and is ready for love with or without a man. She has men of all different races and heights and colors and backgrounds – from CEO’s to Tennis Instructors – vying for her love. Swoon. They go on dates all about romance and fatherhood and fall in love. It’s all the ingredients we’ve been looking for. The format is the same as The Bachelor where Kristy goes on dates and then eliminates men each week. The main difference is the way they eliminate and the focus on fatherhood.

When it comes time to eliminate, Kristy sits with Kristin Davis in the cozy living room of Kristy’s home and they look at a large flatscreen TV, which the men across the way can also see. Kristy drag-and-drops the profiles of men on her ipad to an area on the screen that says “Let’s Keep Dating.” The men see this happen in real time, and Kristy can hear their reactions in the house across the way. The men whose profiles are left outside of the box after she locks in her choices, are sent to an in-person meet-up at her house similar to a rose ceremony. Kristy sits down individually with each of those men and talks to them to either thank them for being so lovely and to send them back to the house to continue to date or Kristy tells them she doesn’t see them as the father of her children and sends them home. If the men are sent back to the house, they go down to the man cave basement with the words “Fatherhood” written in lights on the wall and have a celebratory drink.

And did I mention Kristin Davis is the host? How can you go wrong?

It is a lovely option until we can have our Bachelor, Bachelorette and Bachelor in Paradise days back.

Will you be watching Labor of Love?