They’re on the move! The group headed to Santa Fe, New Mexico. That’s the new part of Mexico, not the old part, if you’re following Megan’s geography.

“Megan’s not playing with a full deck,” my dear friend Bevin reported. No, no she’s not. But I like Megan’s deck. Here is what we’ve established about Megan as of now. She cannot name all five senses, and she thinks New Mexico is outside of the US.

Who got kicked off: No one this week, because ABC left it to be continued as Kelsey faked a panic attack to secure a rose. 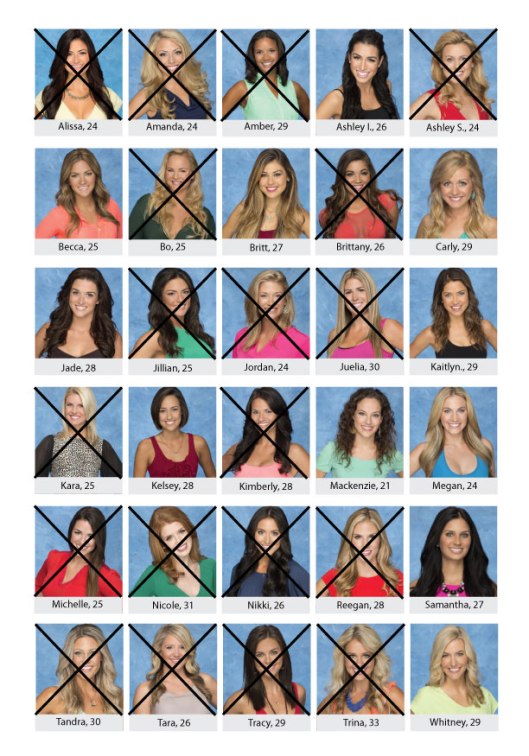 One-on-One: This may have been the most awkward date yet. Or at least awkward to watch. Carly and Chris seemed to have a great time. Cruise Ship Singer Carly finally got a one-on-one date with a sex therapist. Yes, you read that correctly. Carly sat on Chris’ lap, they fondled each other and weirdly huffed into each others mouths but not kissing. Until finally the therapist person lady gave them permission to have at it. Carly said she’s never had a guy reciprocate her feelings. Her last boyfriend didn’t want to get physical. Chris said, “I want to get to know more about her.” I feel every time Chris says that he seems to try to find it inside the girls’ mouth.

The group went to the Rio Grande River for white water rafting. After the guide went over all of the possible ways they could die or get some crazy disease, Jade fell in the freezing cold water. We found out there’s this abnormal disorder where a person’s body can go into hypothermia at normal temps. They wrapped her in blankets. Jade took it like a champ and earned a foot massage from Chris.

Kelsey is struggling with the fact she’s not someone else’s whole world. she’s not getting her attention, and she is making it known.

Surprise! Our fun-loving, bathroom twerking, drunky Jordan crashed the group date and said she wasn’t comfortable leaving without Chris knowing anything about her. So apparently The Bachelor is now all come back whenever you want. Does rejection mean nothing anymore? Rose shmoses! Veto power is the new rose!

After brining her back for a hot second and getting rained on by the other ladies who were less than pleased, Chris let Jordan go AGAIN. 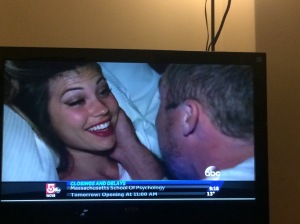 One-on-One: Britt got the date, freaked out because it indicated heights were involved and then was completely fine when she saw it was a hot air balloon. We found out she doesn’t shower, sleeps in full make-up and still gets her hair gorgeous. Seriously, though, how does that happen? Chris woke her up at 4:30am, and then tells the producers she looks just as good waking up as she does during the day. Yeah, that’s how I look too – full make up, sparkle eyeshadow and bright red lipstick. It’s the all natural look. I don’t know about you, but that’s exactly how I look waking up in the morning, but more radiant and with forest animals dressing me. Puh-lease. And someone please restore my faith in men and say that not all dudes think that is how ladies wake up at 4:30am?

Awkward Alert:  Carly, who as you’ll remember, just had her sex therapist date, was in the same room as Britt when Chris woke Britt up  with kisses. Chris is not great at this dating multiple women thing. Hide that ish.

Gossip: Some of the girls said Britt loved being single and was not in any rush to get married and have kids.

Quote of the night: “This date started in bed and ended in bed.” – Chris

Alright, Chris. Let’s take the ho status down a notch. To recap, so far his gifts to Britt have included a note for a free kiss and the offer to stay in a hotel bed. Britt needs to take some of those back and specify what constitutes a nice gift.

Then she went back and told the girls, “We took a nap.”

Kelsey decided that was it, she needed to tell her tragic, amazing, inspiring (her words not mine) story to Chris. She found him in his hotel room.

Whitney, Carly and Brit had roses going into the ceremony.

Chris decided to forego the cocktail party and Kelsey faked a panic attack.

The two-on-ones are back!! The most awkward dates!! The awkward third wheel. The best date of all. 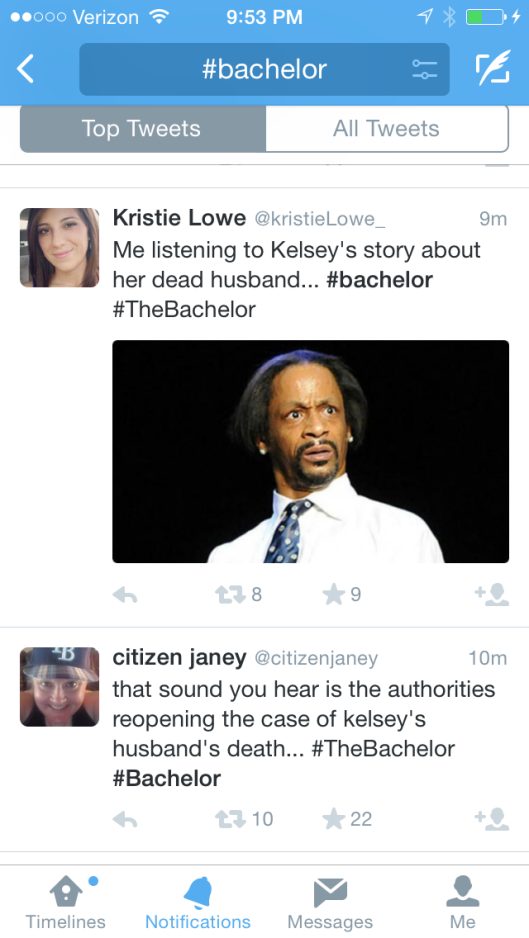 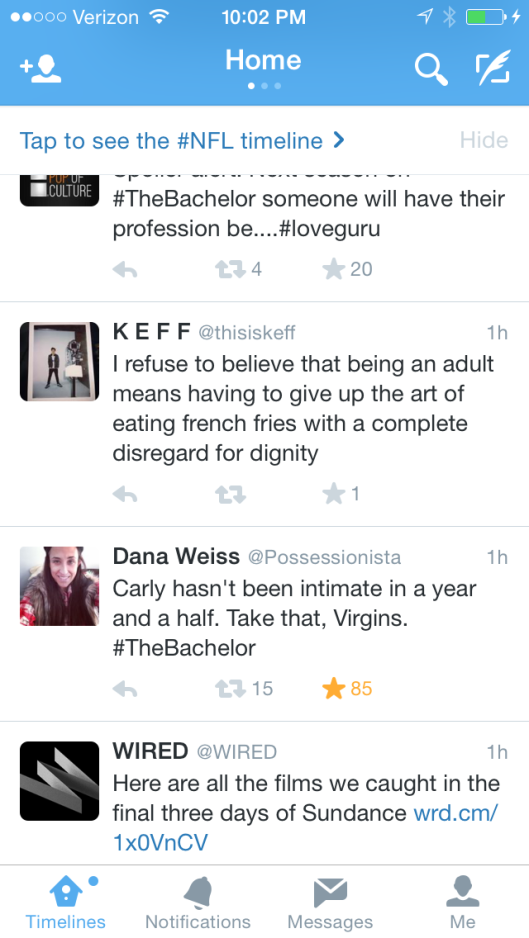 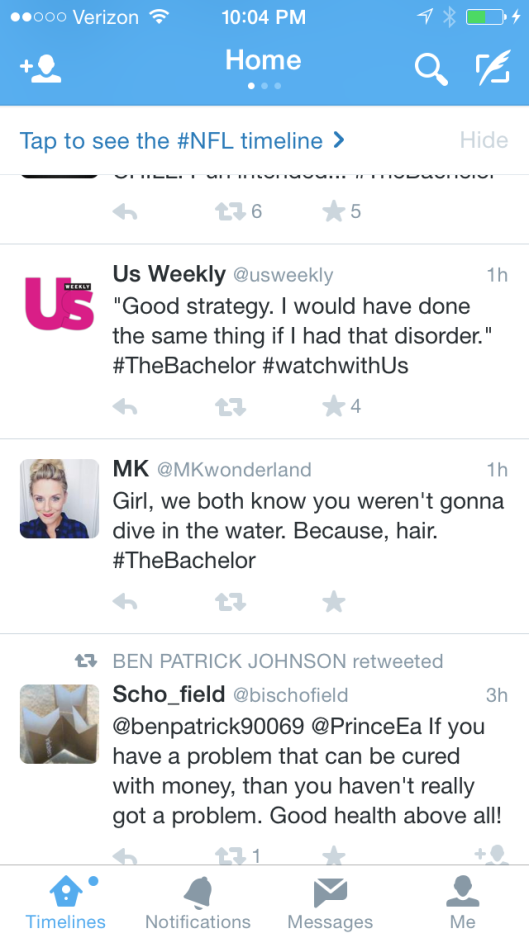 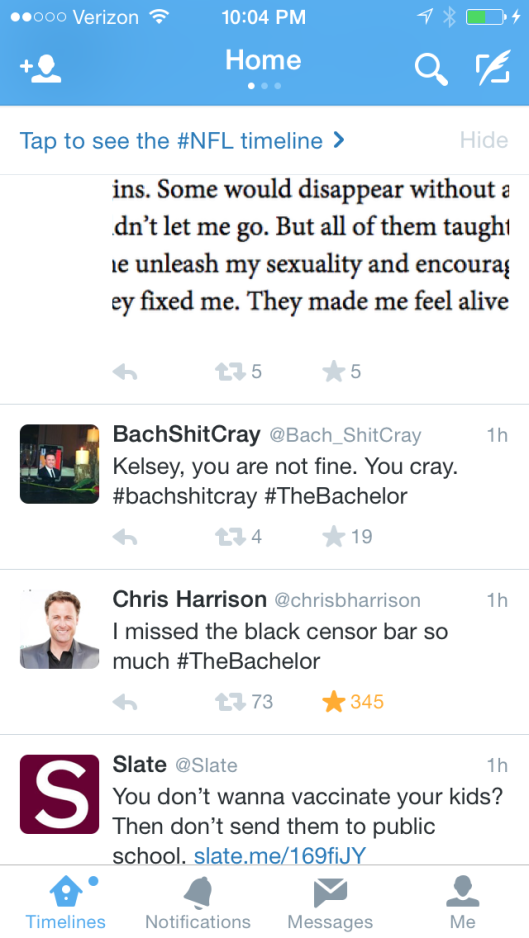 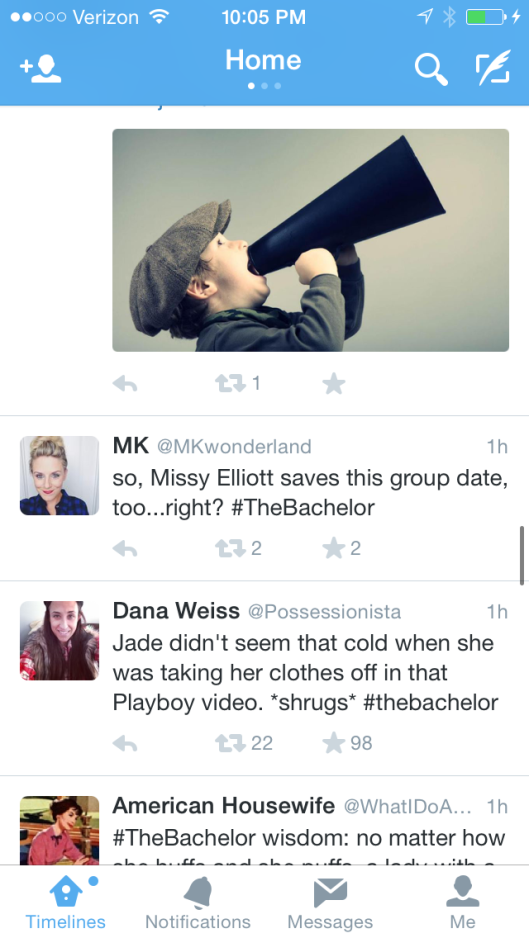 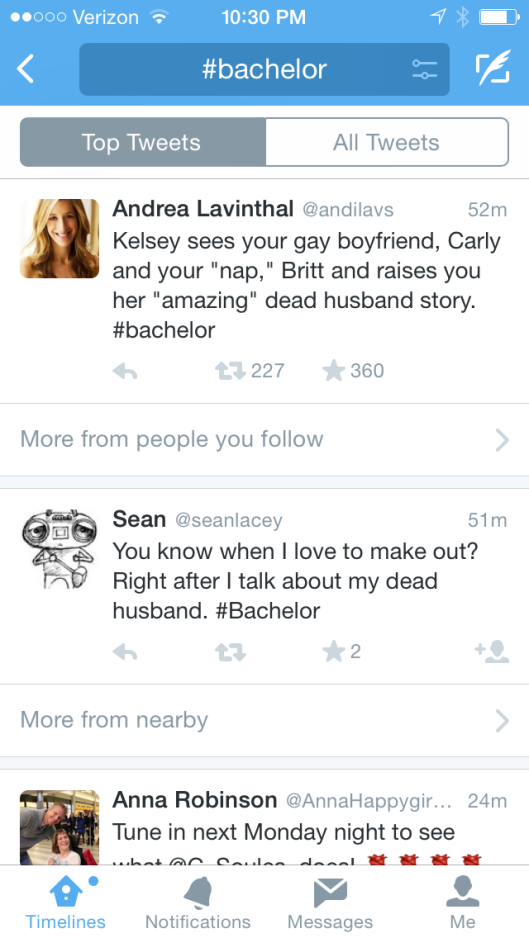